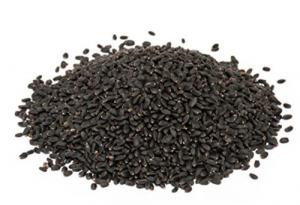 10 Benefits of Jojoba Oil for Face and Skin

JOJOBA! We have often heard about jojoba in the moisturizer ingredients, shampoo, soaps. We have read about it online too and on TV, where the ads stress on jojoba as a special ingredient. It indeed is special because of its nature and form too. Jojoba oil read as ho-ho-ba oil, it is obtained naturally by cold pressing jojoba seeds from the jojoba tree, scientifically known as Simmondsia Chinensis, which provides the oil, it is more like liquid wax which is mainly used by the cosmetic industry. It has been noted that jojoba oil and its seeds have been used since thousands of years.

Jojoba oil is lighter than other oils, less sticky than other oils but greasy, it is a perfect moisturiser as it hydrates the skin. It is used as an ingredient in shampoos, mo isturisers, conditioners, lotions, baby products, soaps, sunscreen lotions and so on.

Jojoba oil is carrier oil and can be combined with other essential oils for added benefits. It has a similar molecular structure and composition like sebum, which is naturally produced by our skin. Jojoba oil balances the complexion of the skin, when applied it adds more sebum wherever needed which is especially lost due to pollution, age and so on and reduces the sebum production where it is necessary.

Jojoba oil is loaded with anti-oxidants, it is anti-inflammatory in nature, consists of vitamins A and E, minerals and omega-6 fatty acids. Let’s read about its magic on our skin and hair!

Jojoba oil is beneficial to soothe dry and irritated skin. It is often known as a humectant since it forms a protective layer over the skin and heals the dry skin and prevents it from getting dry in future. Its anti-inflammatory nature calms the skin from irritation especially in cases of eczema and psoriasis.

Jojoba oil balances the skin sebum which is either low or high. Acne prone skin produces more sebum, jojoba oil helps in reducing this sebum and its anti-bacterial property helps in clearing impurities.

Jojoba oil helps in delaying signs of ageing, it improves the texture and tone of the skin. It is rich in Vitamin E which is an anti-oxidant. It is also rich in amino acids which are the building blocks of collagen. This results in improvement of skin elasticity and thereby reducing fine lines and wrinkles.

Jojoba oil is greasy and light by nature, it not only helps in removing make-up but also hydrates the skin which becomes dry due to regular use of make-up and other chemicals. Best part is it causes no damage to the skin, instead repairs the skin.

Jojoba oil does wonders to our skin and is equally beneficial to our hair too.

Jojoba oil controls the production of sebum and balances it when necessary, this applies to our skin and scalp as well. Healthy scalp will lead to healthy hair. All the vitamins and minerals of jojoba oil work towards a healthy scalp.

There are many reasons for hair loss, if the hair is not healthy, damaged, it will eventually fall. Jojoba oil consists of vitamins and minerals which strengthen the hair from within, it promotes thickness of hair and treats damaged hair. Prolonged use of this oil results in reduction of hair loss and growth of healthy hair. It brings back the natural shine of hair.

Damaged hair is more prone to breakage than healthy hair. These days there are many factors that lead to hair damage starting from the environmental factors, hair treatments, some hair colours and so on. Many people think of going back to their natural form of healthy hair. Jojoba oil can be very useful in repairing damaged hair and with prolonged use, it will also be beneficial when mixed with other natural oils and used to naturally treat damaged hair.

TO MAINTAIN TRENDY BEARD and SKIN OF MEN

Jojoba oil is increasingly used in the beard care products for men which are in great demand these days. It is a good choice of oil to maintain the beard, naturally moisturise it and also to take care of the facial skin underneath the beard. It also rehydrates the beard hair and resolve beard itch issues. Beauty products are equally used by men these days, so jojoba oil works accordingly to suit the skin of a man or a woman.

Jojoba oil can indeed be of great use in our skin and hair regimen, it is hence used by majority of skincare and haircare products in the industry. Jojoba oil is safe carrier oil but buying it from a trusted brand is very important as a trusted brand will extract the oil using safe cold-press method which makes it pure and organic, unlike other refined oils available. Jojoba oil has a variety of beneficial properties which makes it all-rounder oil. Best part is that it is has a longer shelf-life too.  Carrier oils like Jojoba oil help in using other essential oils safely and increases the benefits derived from the combination of oils. It is added in face-packs too. Wow! So many benefits! Let’s go for it.